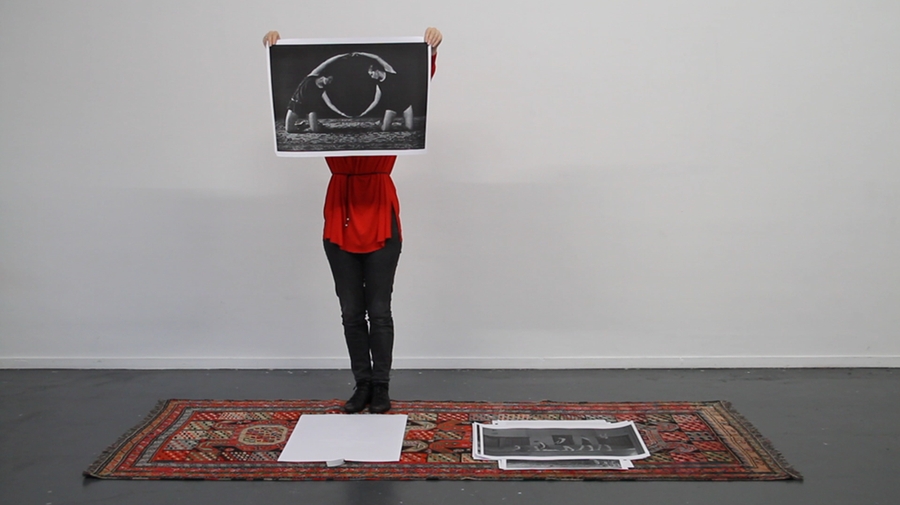 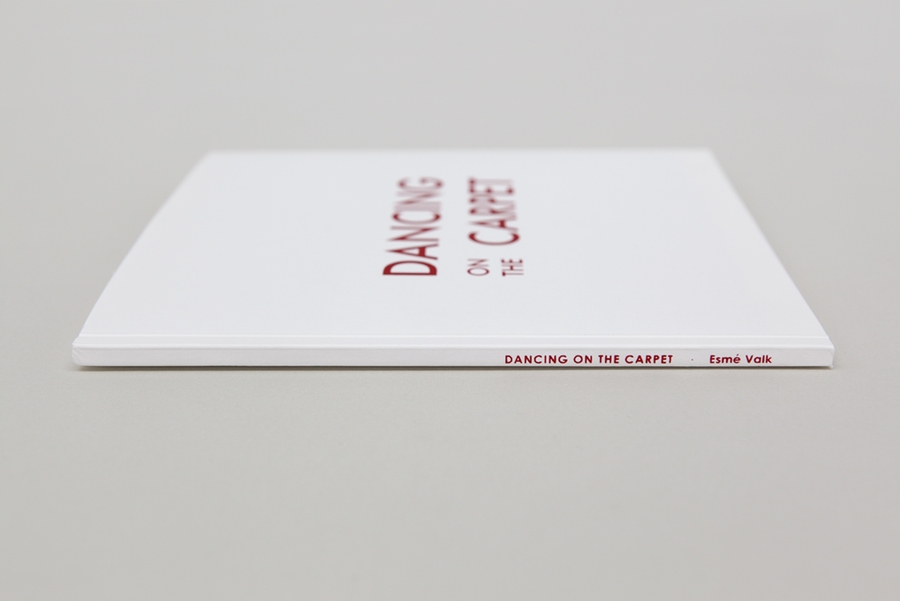 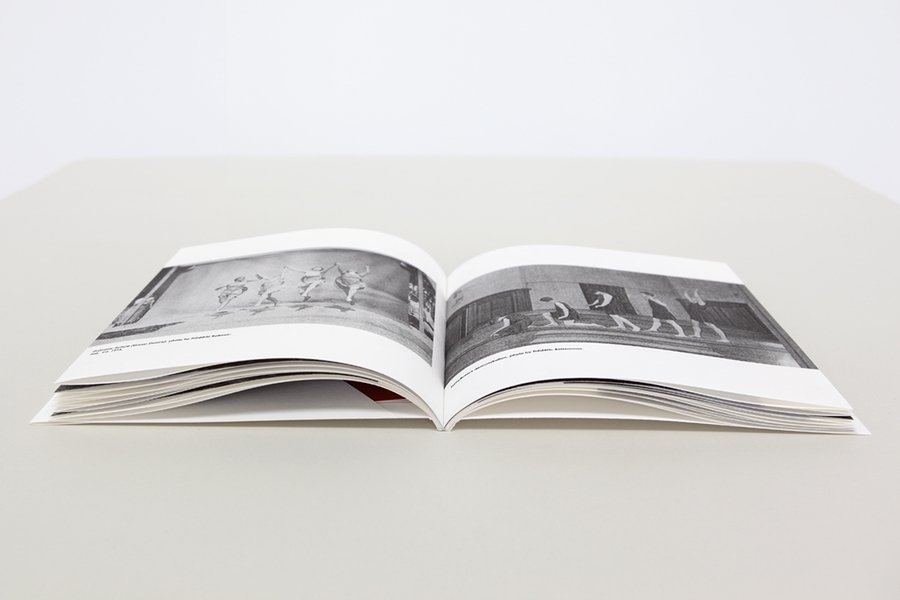 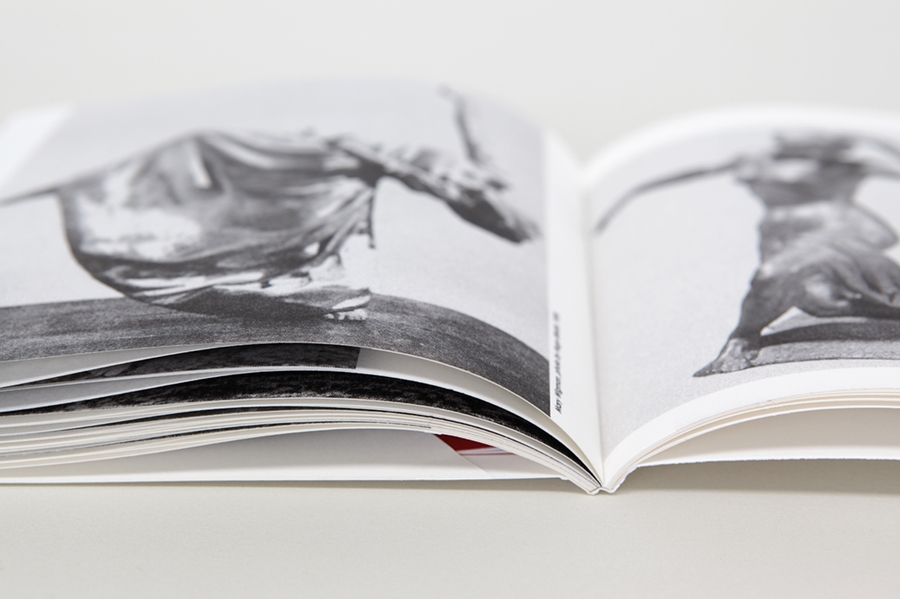 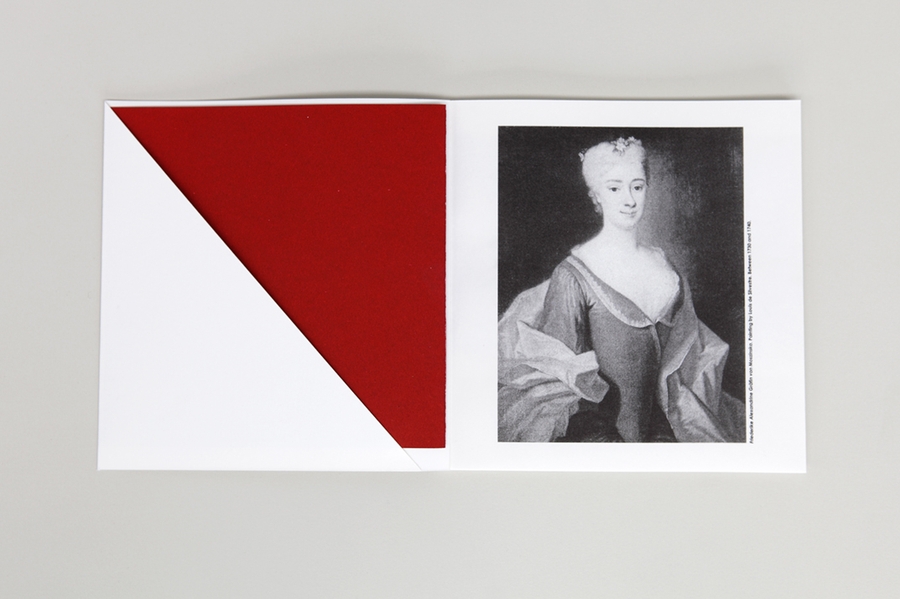 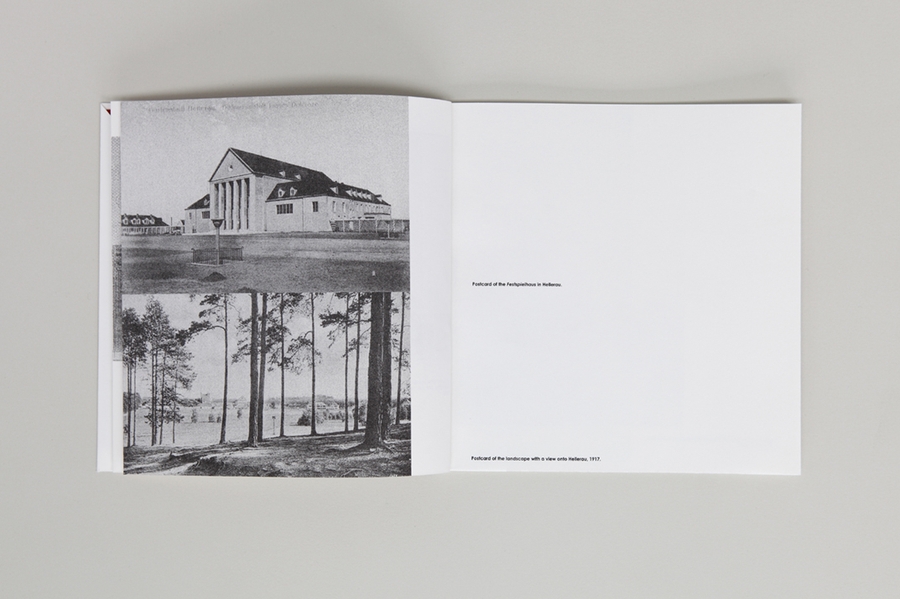 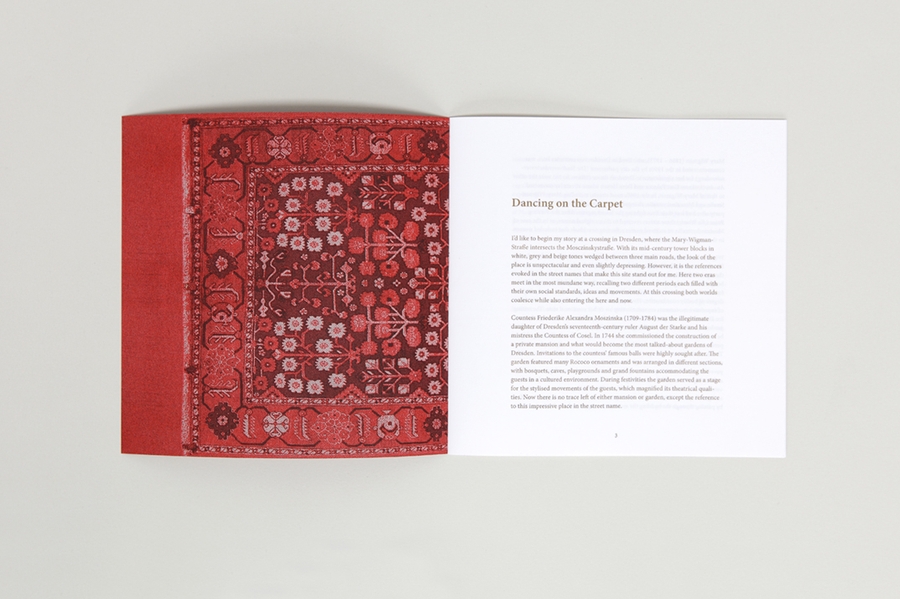 Dancing on the Carpet

Dancing on the Carpet is a work in progress. It has been shown as a performative lecture in Kunsthalle Basel involving memorised text that was spoken for an audience and gestures performed on a garden carpet that served as the stage. The ending was framed by showing a series of images to specially composed music by Tomasz Kaye.

Dancing on the Carpet also manifests itself in the form of a publication. It is a 38 page, handbound book that is partly screenprinted and partly riso printed. Upon opening the first page a red insert is revealed, containing the essay Dancing on the Carpet. The main part of the book displays the images on pages that have been bound according to a Japanese tradition.

The essay describes a personal view on the staging of dance inside a natural decor and the relationship between ideology, movement and its representation. The text also discusses the multiple ways in which the still image is tied to dance and the major role the life reform movement played in the development of German modern dance.

Listen to Dancing on the Carpet via Radio Arthur. The text is spoken in English following a short German introduction.