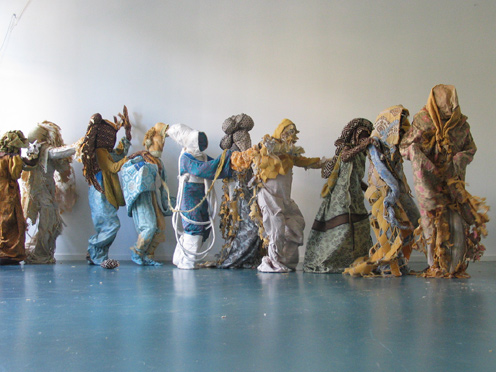 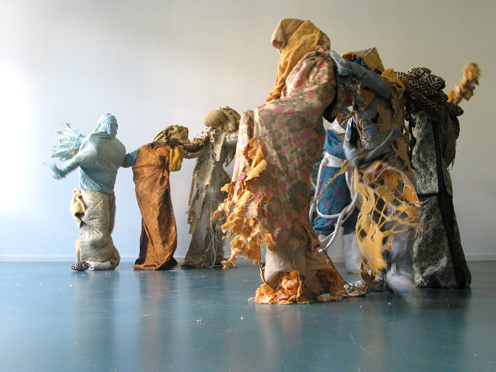 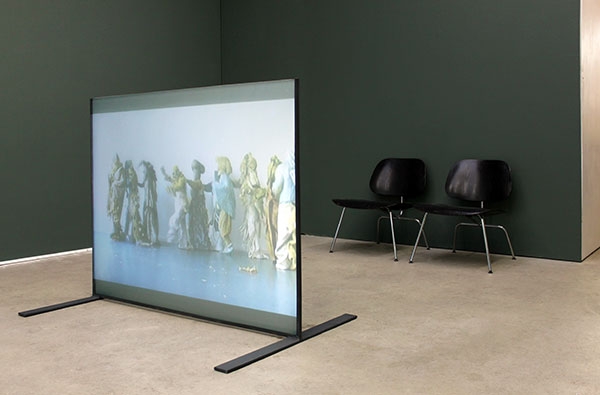 In the video work Sundays a group of eleven figures, dressed in costumes made of used mattress fabric perform a dance ritual, traditionally practiced at carnival time in the Netherlands. The dance is called the “polonaise” and includes a movement known as “hossen”.

Each costume is unique, but their design derives from the same visual language. The actors dance in their own way, but are dancing to the same rhythm. There is a tension between the actors’ status as independent individuals and as constituent parts of one ‘body’.